His song “Where’s My Love” has been streamed 145+ million times and is featured in the Adrift movie trailer starring Big Little Lies’  Shailene Woodley. He was named Apple Music’s “Favorite New Artist”.

SYML means simple in Welsh. Singer/Songwriter Brian Fennell is from Seattle and discovered his Welsh roots when he looked into his background. He is adopted and channels the complex feelings that come with not knowing your lineage into his music.

It’s his ability to channel his most private feelings into his music that makes each song a journey that crescendos into shiver-inducing moments that cut through our protective layers and speak to the deepest parts of us. Each song is like a breaking wave in a storm that ends with a light rain.

I sat down with Brian to chat about how he creates his music, what he sings to his children and to find out what simple means for him. Then I went to his concert.

We all sat on the floor, with a drink in our hand, and moved with the music. We laughed at his jokes and then cried when he told us his new song Girl was his way of coping with the surgery his one-and-a-half-year-old daughter had to undergo the following week. (She’s ok.) We also laughed at his self-deprecating stories and then got choked up when he told us that Better is about how his wife makes him want to be a better person.

His voice is piercing. His music is deeply personal and he isn’t afraid to express his feelings. The combination makes for rare beauty. Throw in that sense of humor and he held us in the palm of his hands.

When I meet him, he is dressed in full denim with his signature top button done up on his shirt. Everything is ironed perfectly and he looks every part the rising star and Seattle musician. He is kind and humble. 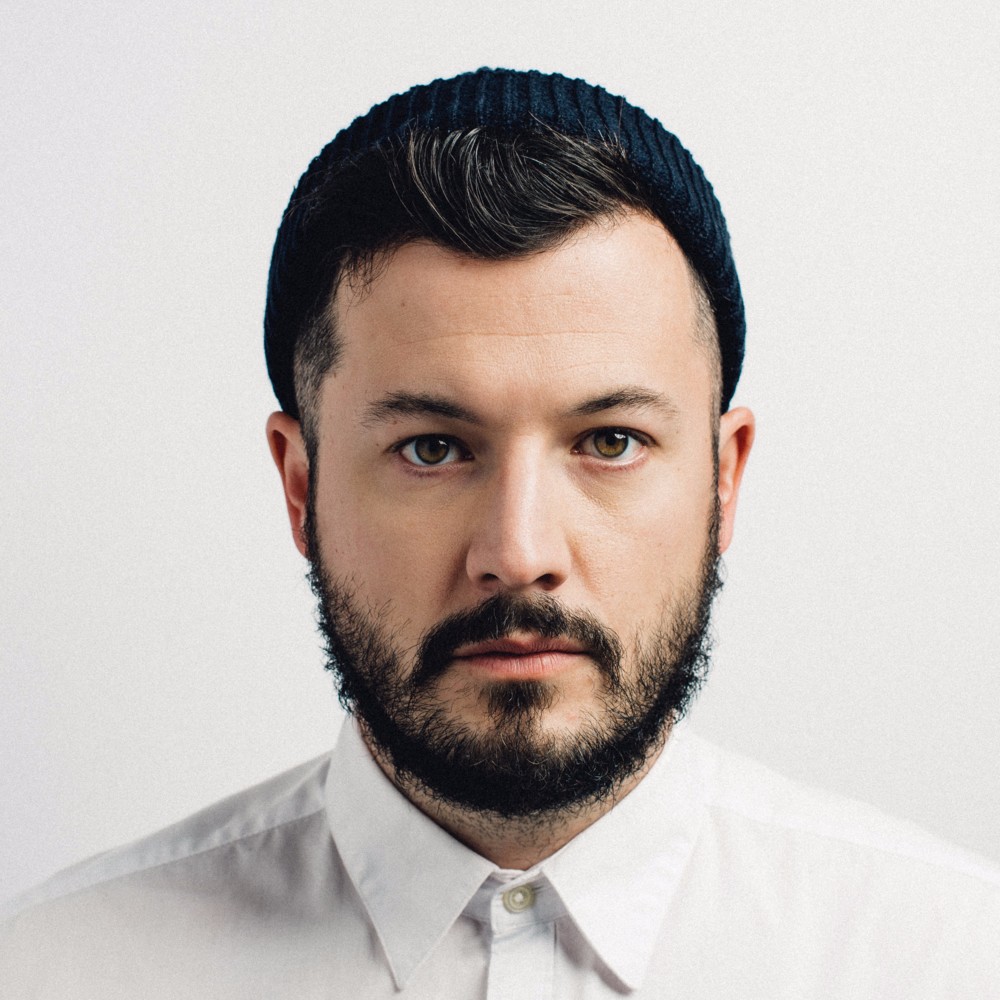 He has reached the point that he can live off his music. “Thanks to my wife we have health insurance. Her income is great too. We are fortunate to have this set-up.”

His son Finley is 3 and his daughter Josie is 1. She was named after the song Josephine that he and his wife love. “It’s the sweetest little song. We sing that to her at night. Finley’s favorite song is Slip sliding away. When he comes home he says with authority “Alexa! Play the new Taylor Swift”. He also loves Ed Sheeran.”

The first time Brian sang in public was at graduation. He sang the harmony for his best friend “an amazing musician and writer. If you heard it, it’s a very nervous recording”.

He studied music education and could either be a teacher or start a band. He decided to start the band and has “never looked back.”

His cover of Mr. Sandman kills me.

His songwriting process is to record ideas in his iPhone voice messages. “I listen later, and I’m usually half asleep or kinda drunk humming into my phone, and sometimes I’m like WTF or sometimes I’ll be like ‘O, right’. I have an ongoing note of phrases or things I want to write about. Some of it is like magic so I don’t think about it too hard. I do production and songwriting with a lot of other musicians. I try not to dissect it too much, it takes the fun out of it. I used to be mechanical about my process. If people ask for advice, I say the biggest hurdle is just doing it. It’s scary! It might be hopeful, but it’s scary. It’s very hard. It’s a real job. It’s part of growing up. It’s part of learning about yourself. They just have to want to try and be ok with being embarrassed. My first songs were totally embarrassing. But, it was where I was at, and how I understood how to talk about it. It’s a good lens into how my brain worked at the time and still is.”

I ask how he’s grown. “SYML means simple, so I think that I’ve grown to simplify things and get out of the way of myself. To be as honest as possible. That doesn’t mean no fun or taking entertaining parts away, but as I go, there’s less and less of a point of flippantly doing music. I treat it as a serious thing. The best way to do it is to keep it simple. It’s what I appreciate in art and design, in music, in food. There’s beauty in naturally occurring things so don’t mess with it. Get out of the way and be a vessel for it. People will relate if you don’t throw a million things at them. If you boil it down, what are you left with? What’s really there. Am I actually saying something?”

I ask him if he writes from personal experience or from his imagination. “If we were all to be brutally honest about our brains and hearts it would be pretty raw. We might not have the relationships we have today. A reasonable compromise is to speak in metaphors, to tell stories that you are making yours because they are from your brain. I could be writing about something I’m not, like being rich, and become unrelatable because I’m writing about something I don’t know about. I think there’s a ton of music like that. I could write a song about love, sex, or something super human and not super natural, and as long as I have a deep connection with it, through someone else or myself, if I have that desire, and in my life I’m searching for it, then it will be honest.”

He wrote the lyrics to Where’s My Love when he was with someone. “I was in a relationship and happy. People are lost in so many ways, even when you are very much in love with them. So that’s a great example of a metaphor. Just because you are in a relationship and happy doesn’t mean you can’t be a lost little kid on some level, and me too. We’re individuals, and we are unique, but we also want to be in a relationship and in harmony with someone which at some core human level is possible and equally impossible because we have self-preservation in mind. Even though I say yes, I would take a bullet for my kid, everything in my mind would be asking ‘Why are you killing yourself?’ Our goal is to self-preserve but my heart would do anything but save myself.”

He acknowledges that different selves can exist at once. “Parts of you die all the time, hopefully the bad parts. War is about letting go of a war, an internal battle, different parts of your identity. I’m going to compromise enough of my baggage to be in a marriage. I think you have to die a little bit or shed excess defenses and scales you’ve acquired from being hurt, or from hurting other people, or from when you were not being honest about who you are and what you feel. Be honest that I’m this weird naked little creature, do you still love me? This is who I am, so this is who you should love if you love me.”

Wildfire was written as he watched the smoke and ash from the fires that ripped across the West Coast from his studio window. “It also came as a response to people responding to my music. I write about suicidal thoughts. I wanted them to know that I believe that you matter.”

Is sad music more honest? “It’s what’s natural and what I enjoy. The magic in that is that I can make music that makes me feel something. For me, I don’t need music to always make me feel happy. I need music to make me feel heavy sometimes. The reality we live in is not happy all the time. It’s a sacred thing. You are cheapening the hope and the good if it’s that all the time. Let’s talk about these things.”

And then we switch gears and laugh as we talk about Montreal’s famous poutine.

SYML kicks off his North American and European Where Did We Go tour in Montreal on September 13th at La Tulipe.