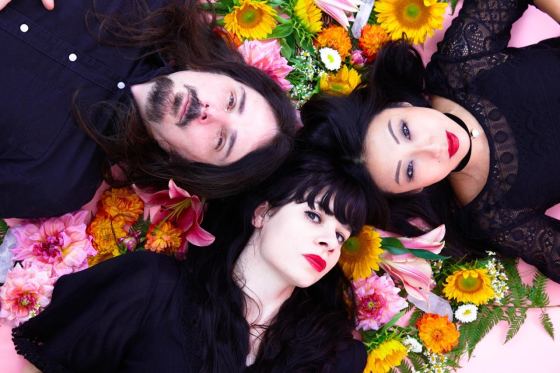 They will be at La Vitrola on September 9th (4602 St.Laurent, Montréal) with The City Gates, Boy Friends (who are also releasing a new album on 9/9) and Year of Glad. They promise psychedelic visuals that were created from years of collecting random home movie type footage. John usually goes berserk at some point in the set. If you can’t make the show, you can check them out below. They have achieved impressive success already.

2) What do you want to say to people? We’d like to give people the feeling of bliss.

4) What makes you feel passionate about music? We feel the best when creating music, listening to music or playing music live. 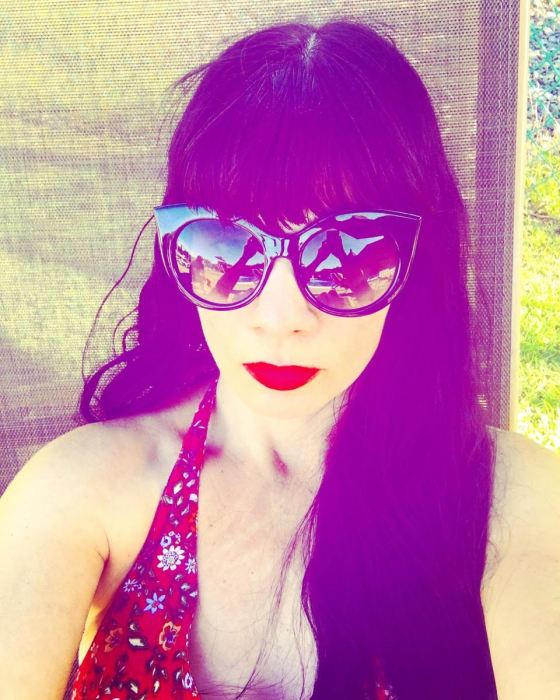 5) What makes your band unique? Our sonic quality, song writing, guitar tones and sounds and our intensity and volume live.

6) What do you like about the life of a musician? We’ve tried other things and everything else seems fake and makes us miserable.

7) Can you share some behind the scenes stories that captures life on the road or the strangeness of life? Well, ha ha ha. Life on the road is not always glamorous. We’ve had some real ‘roughing it’ tours. We’ve had some really bad, bad times like trying to sleep in the van and instead just arguing all night in a civil war battle field because it’s 100 degrees and everyone is just way out on the edge and probably also there is just weird energy in the air because you’re in a place where so much blood was shed and that’s where you ended up trying to search for a place to sleep after a gig at 3 am. You have to be really tough to survive emotionally. 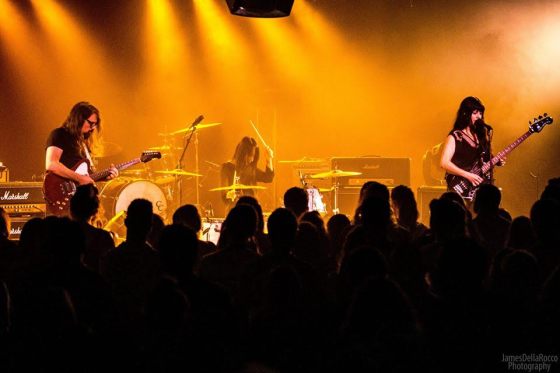 8) What about the magic? We’ve had some amazing and magical moments, lots of them, actually. We’ve had some much more comfortable tours where we’re supporting bigger bands and making more money to survive and playing to big audiences and going over really well. That feels really good. Meeting fans who heard you for the first time live and are super excited and want to buy your record and talk to you afterward. I love talking to the audience afterward. Everyone is always really positive and awesome. It makes the struggle less painful.

9) What is behind the image or what do you want your image to say? We’d like people to see us as sincere in what we do and what we’re about. Our music isn’t shallow. It’s thought provoking and emotional. We live in a world where everyone is always against everyone else. Everything is an issue. There’s not enough respect. We’re looking to create something more free and meaningful with our music. Something more sincere, more beautiful and more cosmic. Maybe it’s a deeper love vibe or a quest for happiness – which we’re not really sure are obtainable… but at least they can be felt momentarily when we’re in it. 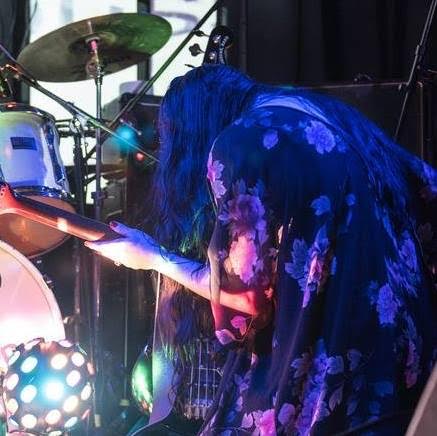 10) How do you write, put together a song and what makes it to an album? Our process is very organic. We write differently according to whatever inspires us at the moment. Sometimes a melody will come in to our heads and we’ll start there. Sometimes it’s by John sitting down and playing around with chords on the guitar. Our songs are built layer by layer. Our albums have both been created over long periods of time with a collection of what we think are our best songs at the time which fit together in to a concise package. 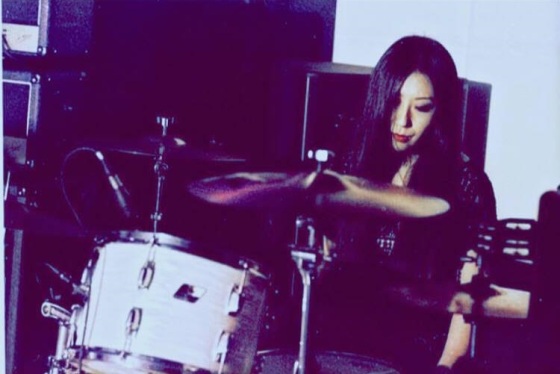 12) When did you know you HAD to be a musician or an artist? John has been playing guitar since he was 11. I started singing and playing keyboards a few years into dating John and then picked up the bass only 5 years ago. I’m a late bloomer. Mostly because of my lack of confidence when I was younger. I think Tammy has been a musician since she was a teen.

13) How did you get where you are? By a lot of hard work and by not giving up even when it seems like you should. It doesn’t seem like we really are anywhere, by the way. Even though we’ve done a lot of cool things and toured like mad the last few years and played a lot of amazing shows, thanks to some bigger bands inviting us on tours, like Black Moth Super Rainbow, Tobacco, Ulrich Schnauss, Ringo Deathstarr and Best Coast. We’re still such a baby band and have a lot of really hard struggles.

15) Where did you get those awesome cat eye black shades? My sunglasses are Forever 21. I like that they have vintage looking stuff that I can get with a struggling musician’s budget. Plus I live in the middle of the woods not near anything and I can order stuff online.

16) What is your first memory? I have a terrible memory and don’t remember. But I know John’s is waking up in his crib and wondering where in the universe he was.

17) What does your band name mean? It’s a flower. A type of Lily called a Stargazer Lily.

18) What does it feel like to rapture an audience? I have no idea. I really try not to think about the audience too much or I get nervous. I deeply appreciate that they are there and try to let them know that between songs and after our show, but I have to forget during the songs so that I can go inside and be in the music and do a good job performing the songs. I wish I could be in the audience so that I could experience how our show feels.

19) Who is your favorite band? I can’t say I have a favorite but favorites would include:  Slowdive, My Bloody Valentine, Mazzy Star, Galaxy 500. John would probably say Boards of Canada, Stars of the Lid, Pink Floyd, Black Moth Super Rainbow, Tobacco. Tammy’s top 3 are Michael Jackson, the Velvet Underground and Jesus and Mary Chain. 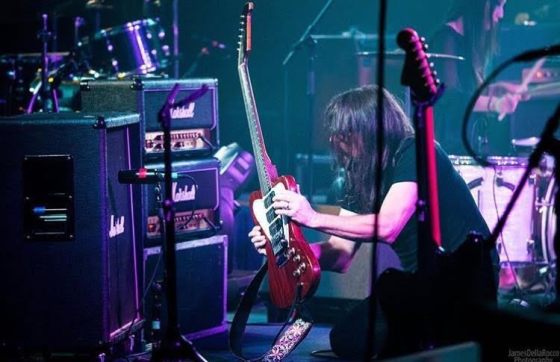 20) What is your number one hit song and why do you think that is? A lot of people like our song “Ahhh” the most which has never officially been released but we’re working on crowd sourcing a release right now via indie go go, of all or our unreleased material, which we’ve had really amazing response with. It’ll include that song. John’s guitar work is beautiful and I guess it’s just super dreamy. Lyrically I think it’s one of our better achievements too. After that “We are the Dreamers” and “Golden Key” seem to be really popular. If you’re referring to #1 as if radio would play music like ours, it would probably be Golden Key. I think it’s the cleanest, most concise and understandable to a larger audience. I think it’s a really well written song with great emotion and sounds. I also think it’s something everyone can get since I would like to believe that we’re all looking for our own personal golden key.

“Reverb-washed slo-mo assault of Slowdive with the sparkling ambience
of Air channeled into a lush, guitar-swollen whole. Psych-fuzz epic.”
– SPIN

The Stargazer Lilies On the Web

Graveface Records On The Web 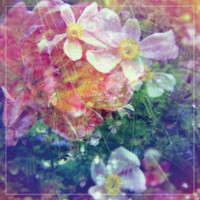