I did not expect to be so moved during Porchfest in NDG on May 2nd. The sun was bright after a long winter and that alone was exciting, but as I approached Old Orchard a little past 1PM, I remember hearing a voice that cut through to my soul. A little rough, a little sweet, and full of genuine passion. I felt transported to Louisiana. The sound was part pain, the kind you feel after a broken heart that you might try to cure with whiskey. Part spiritual, like God and the gospel choir are inspiring you. As the crowd grew, cars couldn’t drive down the street. After the show I saw the lead singer being followed in Girouard Park by a line of people, like he was the Pied Piper.

Here is that Porchfest Po Lazarus performance of “I won’t take you home Kathleen”.

Who is this band Po Lazarus? I met up with lead singer Josh Carey at the bar Honey Martin to find out.  He was very charming and although he has never had formal musical training, it is clear that making good music is a huge source of joy for him and his bandmates. He might miss his guitar while working at Concordia by day, but if you see Po Lazarus live at night, you will be impressed.  He is someone living his dream, on his own terms.  I found that inspiring.

Po Lazarus is currently working on an album which Johnny Griffin of John Jacob Magistery offered to help produce just because he was inspired by them. He has never made that offer before.

Po Lazarus front man Josh Carey. “If we can inspire people, that’s all we can ask for.”

Angelique: What does Po Lazarus mean?

Josh: It’s an old chain gang work song prisoners would famously sing. It’s the story of a prisoner named Lazarus that escapes into the mountain tops and hides out there. The sheriff and the deputies go up, and but get slain while trying to bring him down, but eventually they do drag him down.

A: What does that story mean to you?

J: Maybe it indicates our ultimate demise; it’s inspiring. It’s that rebel story that you heard all your life. I was raised a catholic, so the name has that biblical connotation of Lazarus rising. Paul’s father was a priest his whole life, so we have things that we respect about that.

A: How did you get into music?

J: In high school, bands would ask me to sing with them. I never had any experience, but maybe they saw something. I took up some of the offers to perform covers. Then I started another band and it fell through. I realized I had to do everything on my own. I was playing the guitar by myself and then I met Paul Mascarenhas, one of the other centre pieces of Po Lazarus, and about a year and a half ago, the 2 other guys came in. It made it more complete. 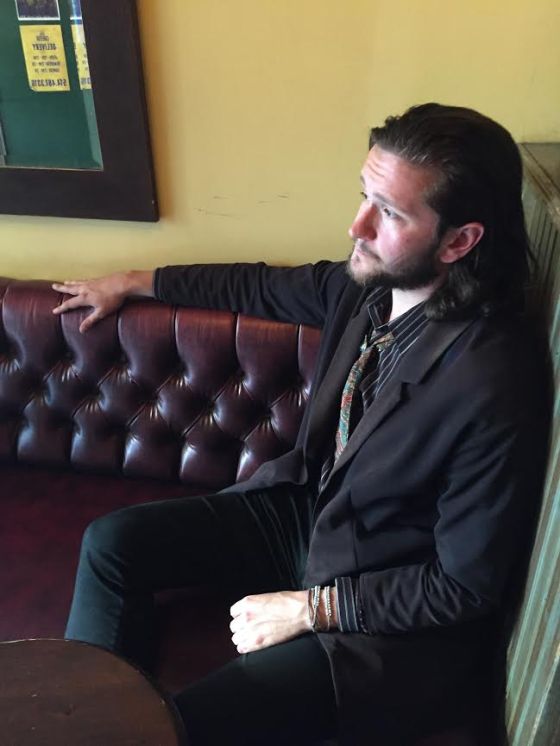 “I like simple songs. We’re just trying to make songs that we would listen to.”

A: Can you tell me the story of Kathleen?

J: There is an old song called “I will take you home again Kathleen”, even my grandparents, and my parents know that one. Paul and I were reading some Jack Kerouac, as we did when we were 18 and 19. He mentions that song. Paul was thinking about it one day and said, “I want a song about a man who loves his whiskey more than his woman.” They are sister songs. “I won’t take you home again Kathleen” is kind of the “morning after” song. We all have that figure of Kathleen. 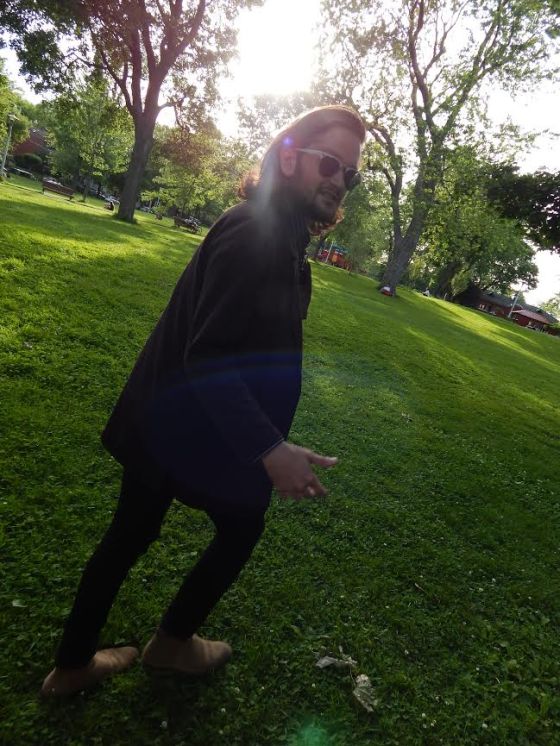 Po Lazarus played Porchfest on Josh’s old family porch.  We walked through Girouard Park where his dad used to play as a boy.

A: Are you originally from Montreal?

J: I live in St-Bruno, on the South Shore. My dad is from NDG. We played on his childhood porch during Porchfest. We messaged the guy who lives there now. Strangely enough he worked with my dad at Reader’s Digest. His name is Lenny Pinkas and he was in the band Men Without Hats as the keyboardist. At one point we were going to bring him out, but we completely forgot. Him and his wife were so nice to let us play. It gave the day a whole other meaning.

A: Tell me about your latest album. Does it have a name yet?

J: No, not yet. We are making a collection of 10 to 11 original songs. We have a guy that is producing it named Johnny Griffin, at Seratone studio in Griffintown, run by Simon Patraki. Simon is an amazing guy. He has worked with many bands, one called Frisky Kids, you have to check out, and another band called Café Racer. He is the nicest guy to work with. He doesn’t try to force anything on us.

A: Does this album have a theme?

J: I am sure somebody could string together a plot, it’s not really intentional. It’s the everyday life of some young men. The themes are as old as can be; lost love, anger, murder, things like that.

A: What genre do you use to describe your band?

J: Rock & Roll. Some people might call it Folk Rock, but really it’s an exploration, we could write a disco song next week. It’s something we are going to be doing all our lives. 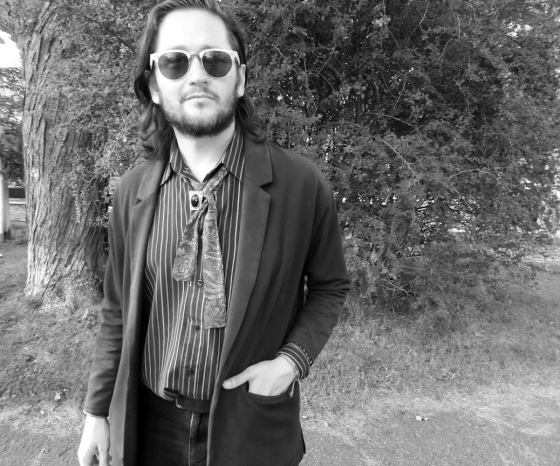 Josh is inspired by Jack Kerouac and Bob Dylan.

A: Who is your favorite performer.

A: What are your favorite lyrics by Bob Dylan?

J: I was in a trailer in Port Kent, New York State, for a weekend with my family. I was watching Bob on PBS and I was struck by the lyric “Let me forget about today, until tomorrow”.

A: Can you tell me about your writing process? Are you a night owl?

J: It’s not too specific. I’m writing some things now, couplets, and some lyrics, and it starts from there. Sometimes, late at night playing, and it happens. But it could happen early morning, hungover.

A: What does it feel like when you’re singing?

J: Well, on the porch it was good because there were a lot of people there. But even if there aren’t a lot of people, it just feels good. We’ve had some good people like Johnny Griffin say it inspires them, so if it inspires people, if they feel something… then that’s all you want.

These guys are at that amazing point in their lives where anything can happen, on the cusp of something big. Virginia Woolf said that “Life is a dream, it’s waking up that kills us”. I hope this band never wakes up, and if they do, that they rise again like Lazarus.

All photos and video by me.  My thanks to Josh Carey. You are one of the good ones. Best of luck!

3 thoughts on “Montreal band Po Lazarus will remind you of a heartbreak on a hot summer night.”